I was researching the best free forum host & someone suggested ignoring them all & checking out 000webhost. They’re a free host powered by Hostinger. I thought it’d be perfect for me. I could have WordPress with not only more choices in themes but also plugins like a shop. So, I signed up. Installed WordPress. Logged in to WordPress. And there were problems even in the backend. Even though it was https the whole time I was trying to add themes, plugins, pages & posts I got alert messages up by the URL area claiming the site wasn’t safe. I hadn’t even built it yet…how could it be unsafe already? Then I activated a plugin & the whole site crashed.

So, I researched 000webhost specifically. Because they’re free they’re not safe so there was a security breach in 2015 & info was stolen. There’s a site called Have I Been Pwned where you can find out if you’ve been involved in a security breach. I have but not through these people. I won’t be through these people because I deleted everything including my account. They may have fixed that breach but because it’s free they don’t care so it’s only a matter of time before there’s another one.

As for Hostinger I’ve used them too. They’re one of many hosts who over-sell their shared server space. Then they block several things to make it secure. But they’re things I need to make WordPress or a theme or a plugin work. So, I join up, pay, install WordPress, install a theme, install & activate a plugin & something don’t work. Usually, it’s something simple like a contact form. I test them out & I don’t know where the email goes but it’s not to me. I know the email address works because I’ve tested it out another way. Must be the plugin, right? Try another one – same thing happens.

I spend more time researching than I do building the site. Only to find out it’s the way they’re set up. It’s nothing I did. And there’s nothing I could do. They’re not going to change the setting. You’ve got to find a work around. I believe a free email address will work. But one of the points of hosting is to have an email address that matches your domain name. Like if I had www.katscorner.com I’d also have kat at katscorner dot com. Or sales at katscorner dot com. Something like that.

You can get around it. Have the form send it to the free email then reply in your biz email. But you’re paying for hosting so you shouldn’t have to. You may also be able to forward your free email to your biz email. You may also be able to make it so only biz emails from the contact form get forwarded so you don’t get personal emails at the biz email too. But again, that’s more research rather than simply building a site & also making things to sell in the shop. Making things by hand takes time.

Just remember this while out host shopping. The cheaper it is the less likely it is you’ll be able to use a software program like WordPress. I’ve been there too. I mean the basic core software didn’t work. Never mind themes & plugins. Then there’s no awesome layout with bells & whistles. There are basic & as such boring html pages with some text, links & maybe some graphics & pics. 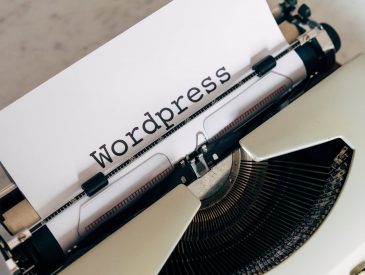 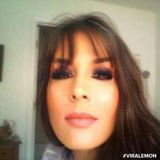 Kat Merriwick
More About Me